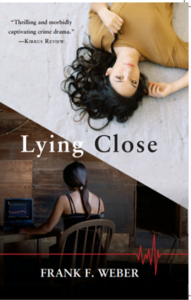 Award-winning author Frank Weber will celebrate the release of “Lying Close, the fourth book in his true crime mystery series, with two live events scheduled in Brainerd and St. Cloud.

“Lying Close”, a thrilling mystery, involves a hunting accident, a rural home break in, the disappearance of a teen, and a forbidden love affair, all occurring in a 30 mile stretch of rural Minnesota. Jon Frederick realizes they are all symptoms of a larger problem. This is book four in the Jon Frederick series, but all can be read as standalone mystery/thriller. The book involves a forbidden relationship between a Somali Muslim woman and a Caucasian Christian male, who unwittingly is drawn into the web of crimes. The story references actual Minnesota cases and the racial history of central Minnesota. Each chapter is introduced with a science theory related to the events of the chapter.

“Lying Close” begins when a couple’s rural home is broken into in Todd County. Investigator Jon Frederick is sent to investigate a rural hunting accident in neighboring Stearns county. A teen runaway from Minneapolis calls for help in Paynesville and disappears.  Three crimes that are not that unusual, had they not all occurred within 30 miles of each other. Jon’s task is to put the puzzle together, while a dangerous predator lurks about central Minnesota. When the case goes cold, Jon realizes someone very close to the investigation has been leaking information. As you venture through the story from each character’s perspective, you realize everyone is lying a little.

“Weber powerfully conjures a dark atmosphere of dread that’s made all the more affecting by the fact that the story takes place in the seemingly sleepy environs of rural Minnesota”, stated Kirkus Reviews, “an interesting compilation of thoughts regarding a mystery about love and family.”

Weber will celebrate the release of his book at two events; both events are actual settings for two chapters of the book. 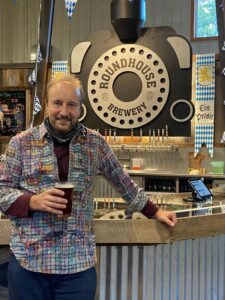 On Saturday, October 3, 2020, Roundhouse Brewery in Nisswa is hosting a book launch event of “Lying Close” from 4:00 p.m. to 7:00 p.m. Weber will speak from 5:00 to 6:00 p.m. about forensic psychology and writing True Crime mysteries. Learn about new forensic techniques and find out what they get wrong on crime shows and movies. Weber will hook up a polygraph machine (lie detector test) and give a quick demonstration on how it works. The cover model of “Lying Close”, Elise Yates, will be available for pictures with patrons. Weber will sign and sell books both before and after speaking. The Roundhouse Brewery is located at 23836 Smiley Road, Nisswa, Minnesota.  Lying Close includes a chapter where Investigator Jon Frederick is sitting in Roundhouse Brewery, on October 3, 2020 (the exact date of this opening), reflecting on a case. No tickets are required for this event as the space allows for social distancing. 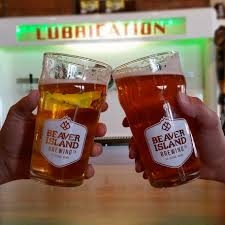 There is no cost for this event, but registration is required and limited tickets are available so we can exercise social distancing. Click Here for Tickets: https://www.eventbrite.com/e/lying-close-book-release-tickets-120227233893#tickets

Weber is a Forensic Psychologist with offices in Brainerd, Sartell and Mankato. As a twenty-five year veteran of the forensic psychology profession, Weber has spent a large portion of his life in service to those in need. As the clinic director at CORE Professional Services, his work has ranged from assessing murderers chained to the cement floor in the basement of a prison to providing therapy for wealthy professionals who’ve engaged in multiple affairs. Weber has testified as an expert witness in numerous sexual assault and homicide cases and has received the President’s Award from the Minnesota Correctional Association for his forensic work. 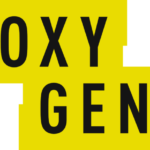 Weber has presented at state and national psychological conventions and teaches college courses in psychology and social problems, including training law enforcement agencies at Central Lakes College and as a speaker for the Criminal Justice programs at Inver Hills Community College. Earlier this year he was featured on the Oxygen Channel in an interview filmed at the Inver Hills forensics laboratory. In the upcoming weeks, he will be filming for the Oxygen Channel’s show, “Snapped”.

To relieve some of the stress that he encountered during his forensic career, Weber turned to fiction writing as a way of detaching from the human tragedies that are routinely part of his caseload Using his unique understanding of how predator’s think, knowledge of victim trauma, and actual court cases, Weber previously penned three other true crime novels including “Last Call” (2019), “The I-94 Murders” (2018) ,  “Murder Book” (2017). True crime novels revolve around actual crimes with fictionalized characters and stories to draw in the reader. In these books, the facts surrounding the crimes are accurate. Weber’s thrillers involve actual Minnesota communities and businesses, and authentic historical information on Minnesota.

“I fill my stories with hometown characters that every rural Minnesotan can identify with,” Weber shared. “my books have a broader appeal that fans of fiction thrillers and true-crime novels can connect with and enjoy.”

“Lying Close” is available at CatTales Books and The Crossing Arts Alliance in Brainerd; The Shoppes of Little Falls; and Reds Auto in Pierz. It also can be ordered online at frankweberauthor.com. 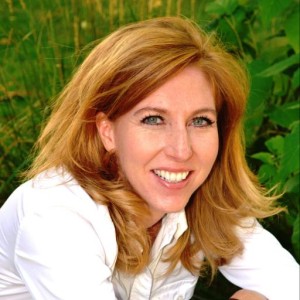